(back to Raised Square)

Raised Square was founded in 2013 by Mark Wright and Jim Biancolo, two guys who wanted a place to build things that they like to use. 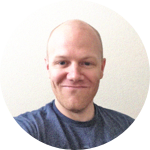 Mark: I found computers early—Atari 800 XL early—studied them at University, and started working in tech after graduation. I've spent most of my career building stuff on the web so I'm relishing this new chapter of building stuff that runs on the computers we all have in our pockets. I'm a Brit living in the USA. I think Baseball is the best sport ever invented (a minority opinion in my country of origin.) I'm an enthusiastic (but largely talentless) cyclist and I'm not afraid to admit I shave my legs. I blog at yothenberg.com. 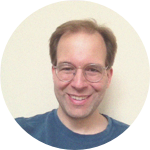 Jim: I found computers late, and have been working to make up for lost time ever since. "Ever since" is going on 20-something years now. I thought I was a good programmer until I met Mark, so I'm happy to pick up the UI end of things for Raised Square. In my spare time, I continue to fail to hang up my Ultimate Frisbee cleats once and for all, and I carry a Netflix queue that's around three years deep (I'm just enough of a movie nerd to know I watch around 100 a year). I'm @jimbiancolo on Twitter and I blog at biancolo.com.